ROMEO – The teams – an overview

ROMEO is a very good example for joint scientific effort and collaboration. As mentioned in the previous blogs, 12 research teams are in the field to measure CH4 as well as other atmospheric compounds and meteorological data (the so called meta-data to our CH4 measurements). Around 70 people from 20 nations are involved (see map), 2/3 of them directly working in the field and the others support the measurement teams by providing modelling data, analyses and forecasts, logistics and administration.

Participating ROMEO scientists are coming from all over the world!

The measurements have to have a reasonable coverage of the areas to get a good overview and also due to statistical reasons. So the “field worker” were distributed over several teams, and distributed strategically over the areas. By these distributions we ensured measuring as much as possible, including a high variety of facility types such as  oil or gas production, injection, distribution, or storage facilities.

In total we have 3 types of teams as shown in the picture below: the airplane team (orange), the city team (blue) and the ground-based teams East (red) and West (purple / green). The ground-based team West is splitting up at some point to additional cover the Transylvania. 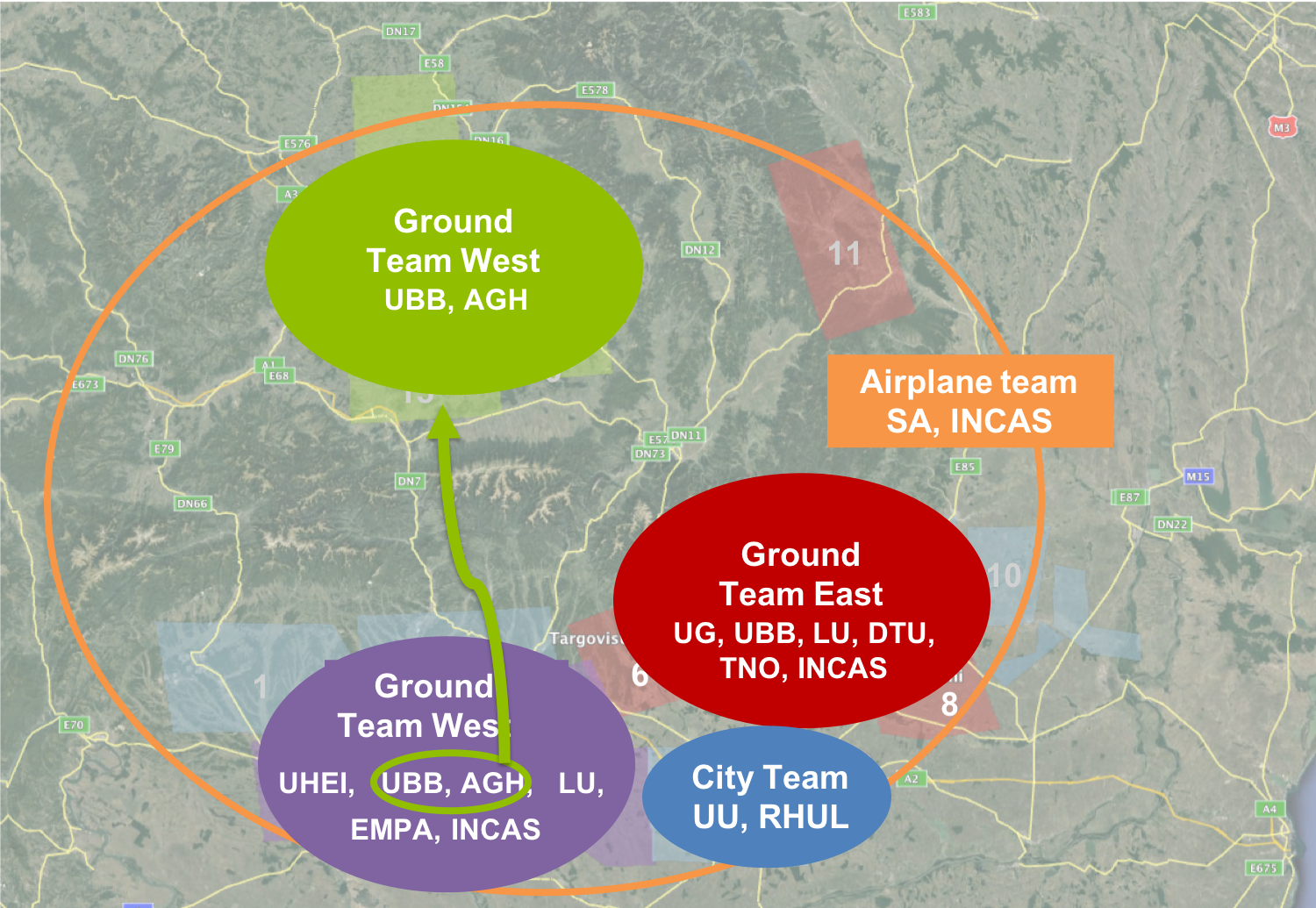 ROMEO teams and the areas they are covering

The aircraft team includes the people from INCAS and Scientific Aviation. During ROMEO two aircrafts of them are flying, conducting facility-level quantification raster flights in several focus areas and also mass balance flights. In the ground-based teams we also have flying platforms, but here we are using drones, one per team. Next to the drones each ground-based team has 5 cars driving around and measuring CH4 using different methods such as drive-by and OMT 33A. The first days of the campaign the teams stayed together. This is necessary to calibrate the instruments and inter-compare them. A bunch of calibration gases were available for all groups to measure different gases in different concentrations. By this we also ensure that the results of all groups can be compared.

In the next blogs the teams will be introduced in more detail. Keep updated!

Calibration and inter- comparison of the instruments