ROMEO – a brief history before it became real!

A last remote meeting before leaving to Ploiesti, Romania, and now the main part of ROMEO has been started some days ago. As usual, the first days were extremely intense, and a lot of last-minute issues needed to deal with, e.g. late delivered material and permissions, changes of participants or adjustments of the daily planning due to short term incoming information. Everybody who ever organised – or “just” participated in – a field measurement campaign knows, that these things can happen and that the bigger issues normally attend to appear during the campaign, in the field and often without any chance to fix it easily. Each campaign has some potential to be jeopardized by unexpected, on a first look unimportant appearing issues. So, thinking as much as possible in advance about issues which might could happen can help to either avoid or minimize the danger of being jeopardized. Denial is not an option, but flexibility, the ability to improvise, and also humour can be the game changer when being on a campaign! And for sure, you cannot not take into account all possibilities, there is always one tiny issue waiting around the corner to happen.

But for now, we are fine and kept our humour. Most of the last-minute issues are solved, and as much as everybody was really looking forward to start the measurements, we are now all committed to them and curious what we will get here. It was a long way within a very short timeframe to realise ROMEO, and it took a huge amount of effort from all participants. The first serious discussions about ROMEO started in February this year, and as the campaign takes place in August, respectively October, half a year or even more sounds quite convenient. The following gives you a very brief impression of what was needed to be done during the last months and weeks as the timing was much shorter than it looks like.

Every practical work starts with the basic question, what do we want to reach with our research? Is it needed, useful and doable? Thus, you have to define the goal of your campaign, the expected outcome, and get people enthusiastic about it and willing to support. The discussions about ROMEO became serious in February at our MEMO2 Midterm Meeting, and all agreed on the usefulness of ROMEO (for more background information have a look at the previous ROMEO blogs). The enthusiastic team was therefore found quite quickly, and by this the real hard work started. Such huge campaigns are costly, and as ROMEO is adjusted to MEMO2 but not budgeted within the project, the first action was to write a proposal and ask for money. The proposal was submitted only some weeks later, and in May we already got the “go” from the Climate and Clean Air Coalition (CCAC) International Methane Studies, administered through the United Nations Environment Program, as they found our ideas really worth funding. Based on this, we prepared the frame for the practical work, roughly defining who is doing what and when, and what is the expected outcome. The preparation of the practical work included the question about what is doable, depending e.g. on budget, time, logistics, or just local environments. Each team got a dedicated budget based on their tasks, and we agreed on what has to be delivered and when.

To make ROMEO a success, not only measurements are important, but also additional information about the regions and facilities. Thus, we involved as much stakeholders as possible. This includes not only scientists, but also the Romanian Ministry of Environment and Ministry of Energy, the Environmental Defense Fund as a Non-Governmental Organisation (NGO), and also OMV Petrom, one of the Romanian oil & gas companies. As you can imaging, all of them might have differing interests, so it is the coordinators (huge) challenge to balance interests, manage the expectations of all of them, and ensure the scientific integrity as overall goal. After lots of discussions we not only got the flight permissions for the aircrafts of INCAS and Scientific Aviation, but also for the INCAS drones, got detailed information about facilities and also site access and safety support when requested. An important part of the agreements was that our measurements at selected facilities are not announced in advance to ensure unbiased results. The data of the measurement campaign are stored centralised using the ICOS Carbon Portal and results will be published open access. Having managed these very important administrative and diplomatic tasks, we were able to focus on the detailed research planning.

With more than 6000 active wells and facilities only in our selected areas (and more than 50000 in total distributed over Romania) we had quite some choices where to go. Based on clearly defined scientific objectives and priorities for the measurements, constrained by the local environmental conditions, we finally selected 38 clusters in 6 areas of approximately 40 x 50 km. With the selection of these clusters the daily planning started, challenging as there were only two weeks before launching the campaign. We will keep you updated about the daily ROMEO work. 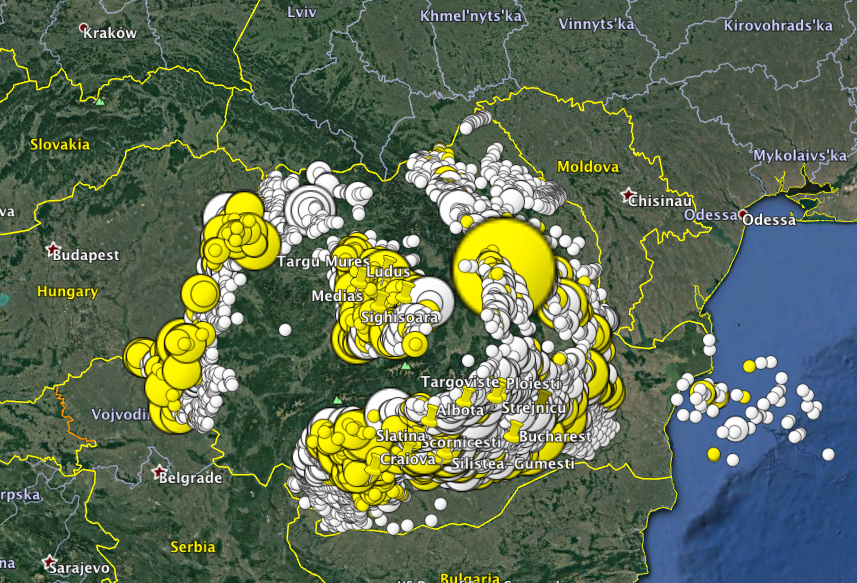 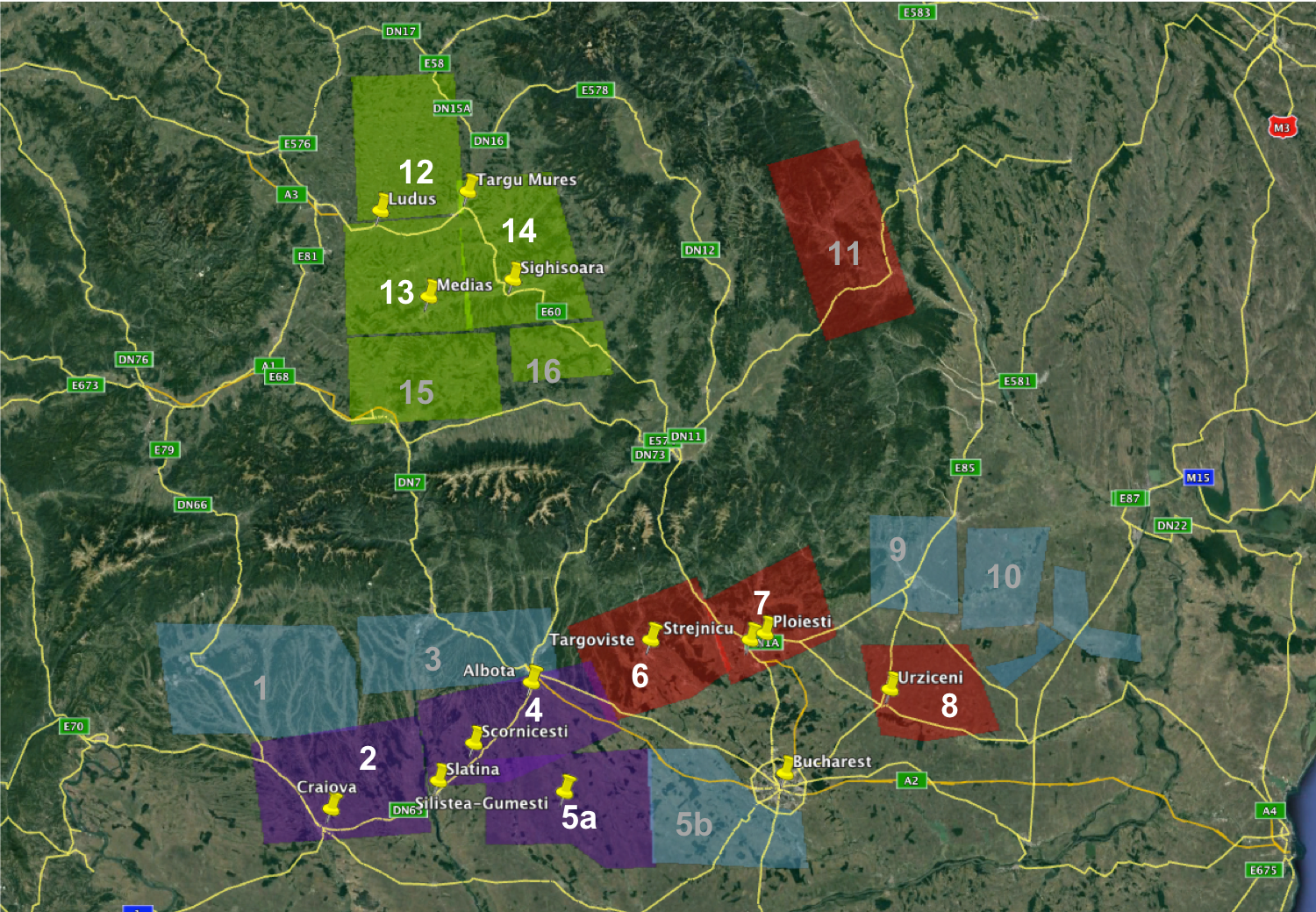 Overview of possible areas where we would like to measure